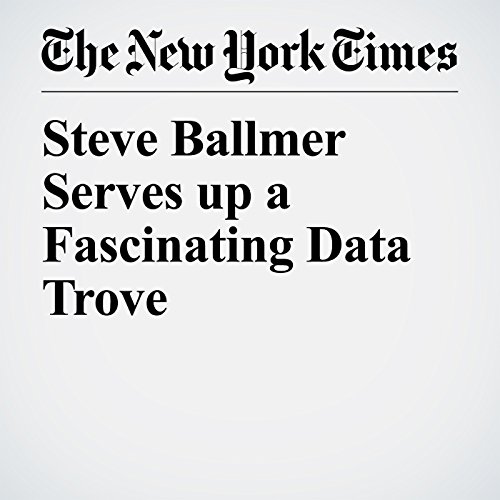 On Tuesday, Ballmer plans to make public a database and a report that he and a small army of economists, professors and other professionals have been assembling as part of a stealth startup during the last three years called USAFacts. The database is perhaps the first nonpartisan effort to create a fully integrated look at revenue and spending across federal, state and local governments.

"Steve Ballmer Serves up a Fascinating Data Trove" is from the April 17, 2017 Business section of The New York Times. It was written by Andrew Ross Sorkin and narrated by Kristi Burns.