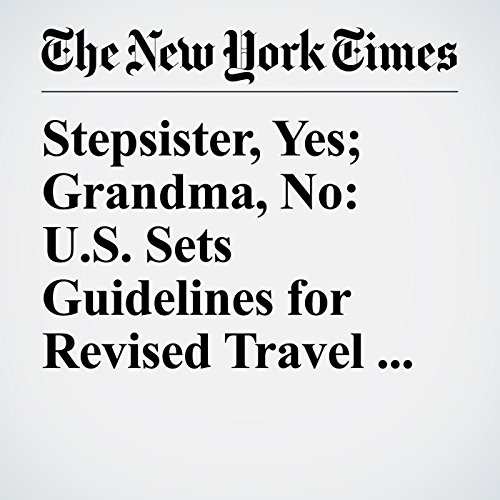 Stepsiblings and half-siblings are allowed, but not nieces or nephews. Sons- and daughters-in-law are in, but brothers- and sisters-in-law are not. Parents, including in-laws, are considered “close family,” but grandparents are not.

"Stepsister, Yes; Grandma, No: U.S. Sets Guidelines for Revised Travel Ban" is from the June 29, 2017 U.S. section of The New York Times. It was written by Gardiner Harris and Ron Nixon and narrated by Kristi Burns.