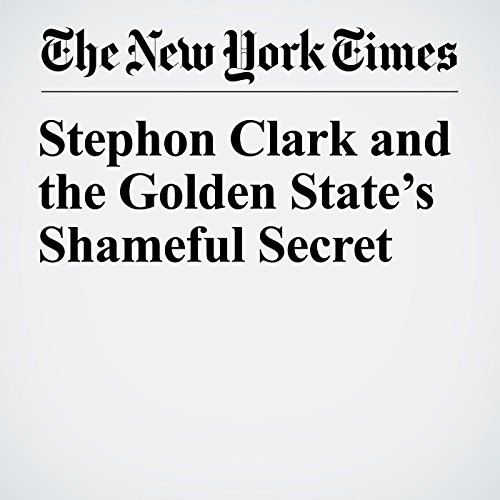 His shooting death is a reminder that California's liberal reputation collides with the experiences of its black residents.

"Stephon Clark and the Golden State’s Shameful Secret" is from the April 05, 2018 Opinion section of The New York Times. It was written by Amy Alexander and narrated by Fleet Cooper.