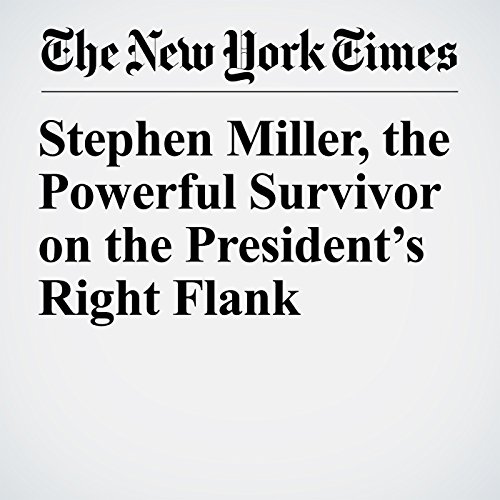 As the surviving watchman on the president’s right flank since the removal in August of Stephen K. Bannon as chief strategist, Miller remains a key craftsman in speechwriting at the White House. Trump, who has long prized Miller’s fierce loyalty, has embraced his instincts to sharply restrict the number of refugees admitted to the United States next year and to impose new travel restrictions on several predominantly Muslim countries and others deemed to be national security risks.

"Stephen Miller, the Powerful Survivor on the President’s Right Flank" is from the October 09, 2017 U.S. section of The New York Times. It was written by Matt Flegenheimer and narrated by Keith Sellon-Wright.