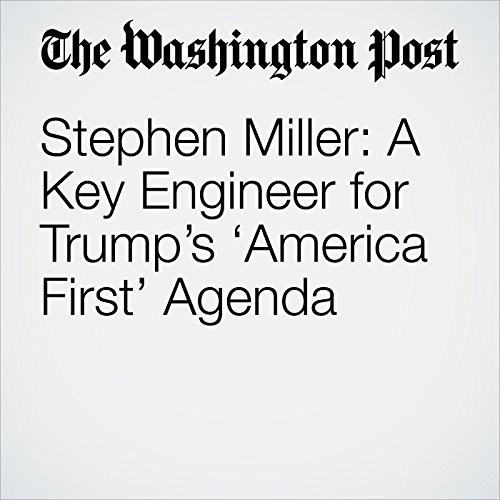 As a young conservative in liberal Santa Monica, California, Stephen Miller clashed frequently with his high school, often calling in to a national radio show to lambaste administrators for promoting multiculturalism, allowing Spanish-language morning announcements and failing to require recitation of the Pledge of Allegiance.

"Stephen Miller: A Key Engineer for Trump’s ‘America First’ Agenda" is from the February 11, 2017 Politics section of The Washington Post. It was written by Rosalind S. Helderman and narrated by Jill Melancon.