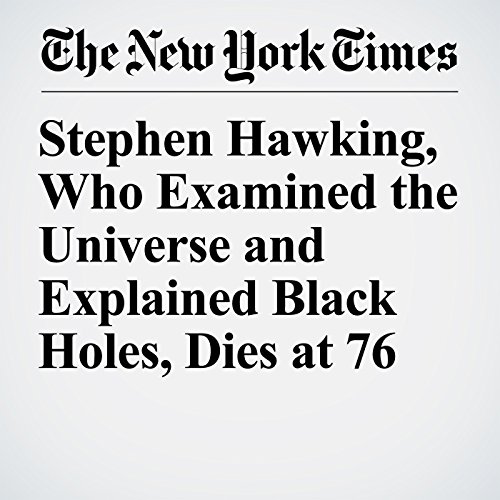 Stephen W. Hawking, the Cambridge University physicist and best-selling author who roamed the cosmos from a wheelchair, pondering the nature of gravity and the origin of the universe and becoming an emblem of human determination and curiosity, has died at his home in Cambridge, England. He was 76.

"Stephen Hawking, Who Examined the Universe and Explained Black Holes, Dies at 76" is from the March 14, 2018 U.S. section of The New York Times. It was written by Dennis Overbye and narrated by Keith Sellon-Wright.