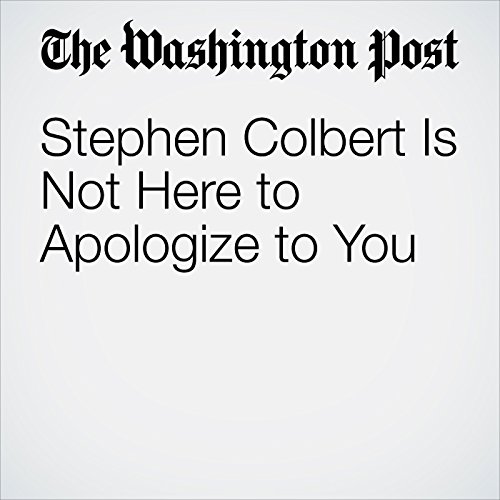 Stephen Colbert Is Not Here to Apologize to You

After Stephen Colbert made an oral-sex joke about President Trump and Russian President Vladimir Putinon his show this week, some furious viewers started a #FireColbert hashtag that trended on Twitter, saying Colbert went too far. On Wednesday night, Colbert responded to the growing controversy with a statement. There was something notably missing.

"Stephen Colbert Is Not Here to Apologize to You" is from the May 04, 2017 Lifestyle section of The Washington Post. It was written by Emily Yahr and narrated by Jill Melancon.