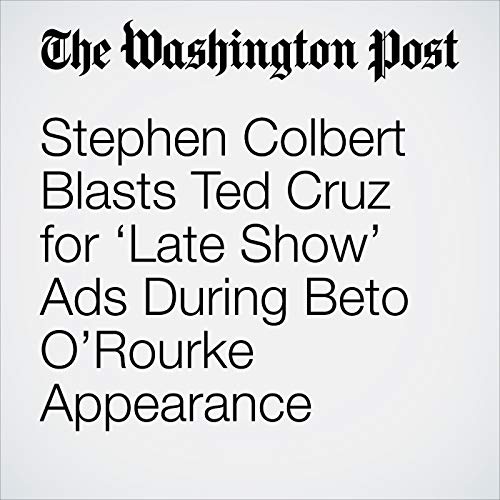 With a little over 50 days until Texas voters cast ballots, incumbent Sen. Ted Cruz (R) and his supporters are doing everything they can to quiet the buzz around suddenly surging Democratic challenger Rep. Beto O’Rourke.

"Stephen Colbert Blasts Ted Cruz for ‘Late Show’ Ads During Beto O’Rourke Appearance" is from the September 13, 2018 Arts and Entertainment section of The Washington Post. It was written by Cleve R. Wootson Jr. and narrated by Sam Scholl.