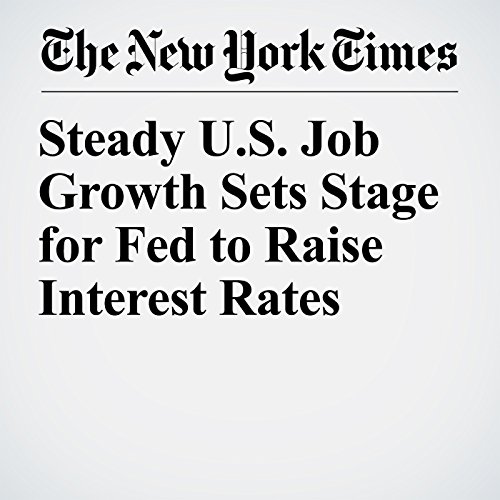 Employers added 235,000 workers to their payrolls in February, the government reported Friday, a hefty gain that clears the path for the Federal Reserve to raise its benchmark interest rate when it meets next week.

"Steady U.S. Job Growth Sets Stage for Fed to Raise Interest Rates" is from the March 10, 2017 Business section of The New York Times. It was written by Patricia Cohen and narrated by Barbara Benjamin-Creel.