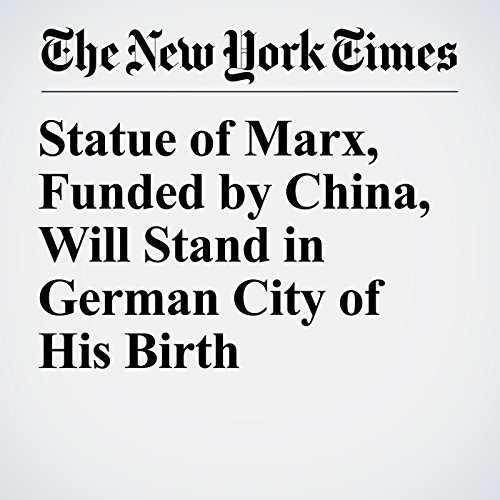 The bicentennial of the birth of Karl Marx was supposed to bring his hometown, Trier, Germany, an important exhibition about his life and an increase in tourism. But an offer from China to present the city with a nearly 20-foot-tall bronze statue of Marx, the 19th-century intellectual who was one of the writers of “The Communist Manifesto,” is overshadowing the festivities a year before they begin.

"Statue of Marx, Funded by China, Will Stand in German City of His Birth" is from the March 13, 2017 World section of The New York Times. It was written by Melissa Eddy and narrated by Fleet Cooper.

Cosa pensano gli ascoltatori di Statue of Marx, Funded by China, Will Stand in German City of His Birth