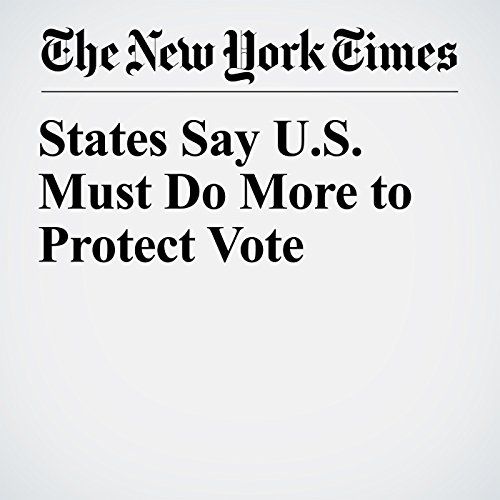 More than 15 months after a general election that was stained by covert Russian interference, the chief election officials of some states say they are still not getting the information they need to safeguard the vote.

"States Say U.S. Must Do More to Protect Vote" is from the February 19, 2018 U.S. section of The New York Times. It was written by Michael Wines and narrated by Keith Sellon-Wright.