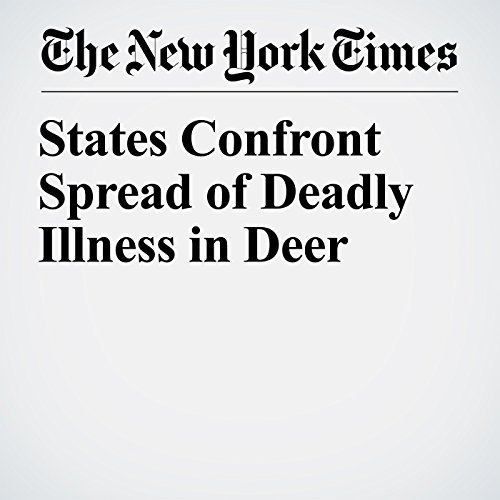 Chronic wasting disease is a contagious neurological disease that infects elk, deer, moose and caribou, and reduces their brains to a spongy consistency. Animals become emaciated, behave strangely and eventually die. It’s not known to be transferred to humans. Neither is it known to be spread from wild to domestic animals. There is no treatment, although a vaccine has been successful in tests in wild deer.

"States Confront Spread of Deadly Illness in Deer" is from the January 08, 2018 U.S. section of The New York Times. It was written by Jim Robbins and narrated by Kristi Burns.