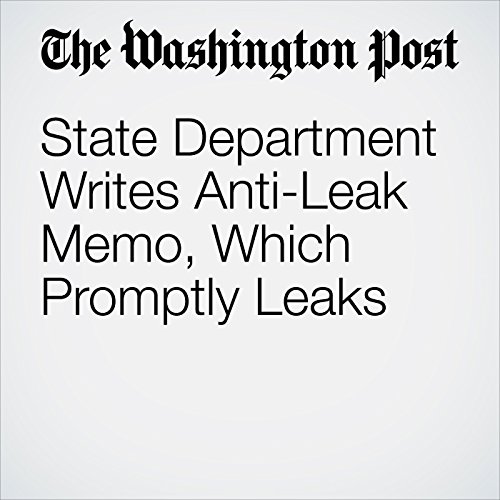 The State Department legal office prepared a four-page memo for Secretary of State Rex Tillerson warning of the dangers of leaking by State Department employees. It promptly leaked, to me. That’s only the latest sign that the relationship between the Trump administration political appointees and the State Department professional workforce is still very much a work in progress.

"State Department Writes Anti-Leak Memo, Which Promptly Leaks" is from the February 24, 2017 Opinion section of The Washington Post. It was written by Josh Rogin and narrated by Jill Melancon.