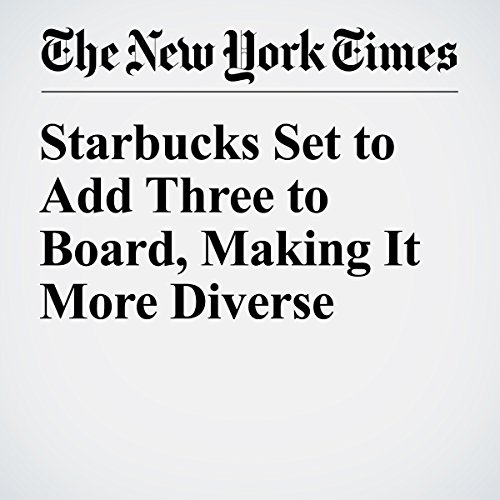 Corporate executives often talk about the need for boardroom diversity, but few do much about it. Women still hold slightly less than 20 percent of public corporate board seats. African-Americans hold less than 9 percent, Asians even less, about 5 percent, and Hispanics only about 4 percent.

"Starbucks Set to Add Three to Board, Making It More Diverse" is from the January 24, 2017 Business section of The New York Times. It was written by Andrew Ross Sorkin and narrated by Fleet Cooper.