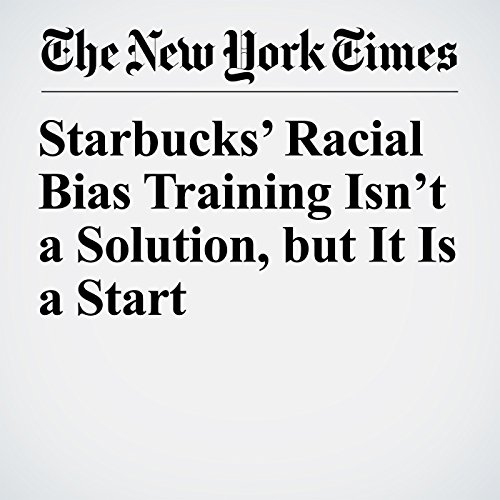 Starbucks will temporarily shut 8,000 stores for four hours Tuesday afternoon to conduct racial bias training for its employees. It follows an incident in Philadelphia last month in which two black men were arrested simply for waiting in a store.

"Starbucks’ Racial Bias Training Isn’t a Solution, but It Is a Start" is from the May 29, 2018 Business section of The New York Times. It was written by Andrew Ross Sorkin and narrated by Fleet Cooper.