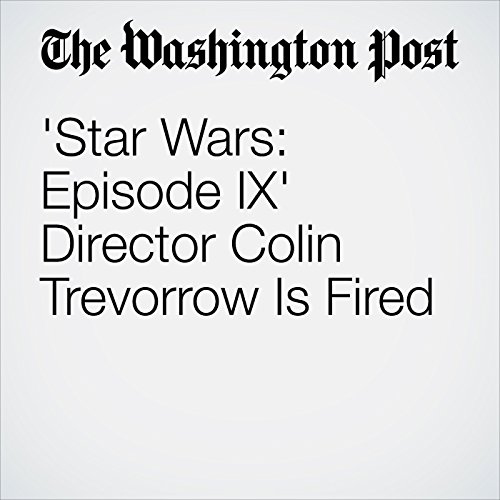 On Tuesday, they announced the removal of Colin Trevorrow as director of “Star Wars: Episode IX.” The news comes just over two months after Phil Lord and Chris Miller were fired as the directors of the stand-alone Han Solo film and replaced by Ron Howard.

"Star Wars: Episode IX' Director Colin Trevorrow Is Fired" is from the September 05, 2017 Comic Riffs section of The Washington Post. It was written by Michael Cavna and narrated by Sam Scholl.