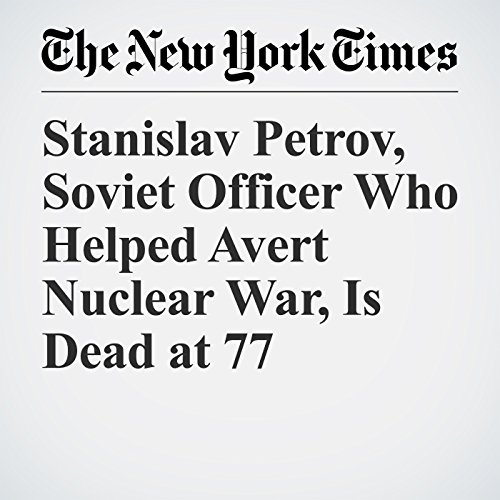 Early on the morning of Sept. 26, 1983, Stanislav Petrov helped to prevent the outbreak of nuclear war.A 44-year-old lieutenant colonel in the Soviet Air Defense Forces, he had begun his shift as the duty officer at Serpukhov-15, the secret command center outside Moscow where the Soviet military monitored its early-warning satellites over the United States, when alarms went off.

"Stanislav Petrov, Soviet Officer Who Helped Avert Nuclear War, Is Dead at 77" is from the September 18, 2017 World section of The New York Times. It was written by Sewell Chan and narrated by Kristi Burns.