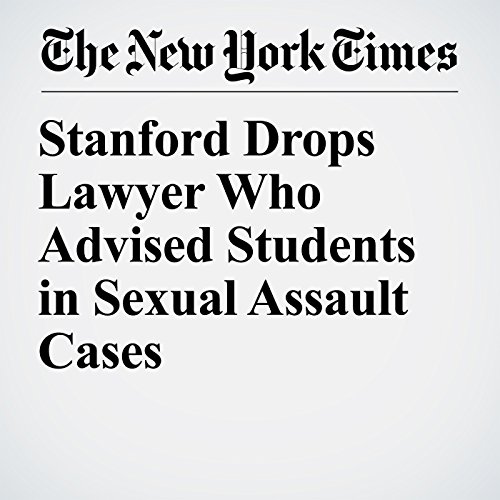 Stanford has cut ties with a lawyer who represented students in sexual assault complaints after she spoke out against the university’s internal process for handling such cases.

"Stanford Drops Lawyer Who Advised Students in Sexual Assault Cases" is from the February 09, 2017 Sports section of The New York Times. It was written by Joe Drape and narrated by Jef Holbrook.