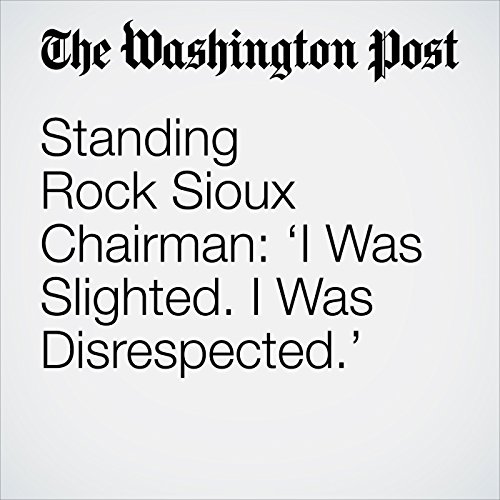 Standing Rock Sioux Chairman: ‘I Was Slighted. I Was Disrespected.’

Standing Rock Sioux Chairman David Archambault II arrived in Washington on Tuesday afternoon expecting to make a last-minute pitch to head off the Dakota Access Pipeline at a scheduled White House meeting the next morning.

But as he walked through Reagan National Airport, he learned on a phone call that he might as well have stayed in North Dakota. The Army Corps of Engineers had decided to grant the company behind the pipeline the critical easement it needed, rendering his meeting with the Trump administration moot.

"Standing Rock Sioux Chairman: ‘I Was Slighted. I Was Disrespected.’" is from the February 08, 2017 Politics section of The Washington Post. It was written by Juliet Eilperin, Brady Dennis and Joe Heim and narrated by Sam Scholl.