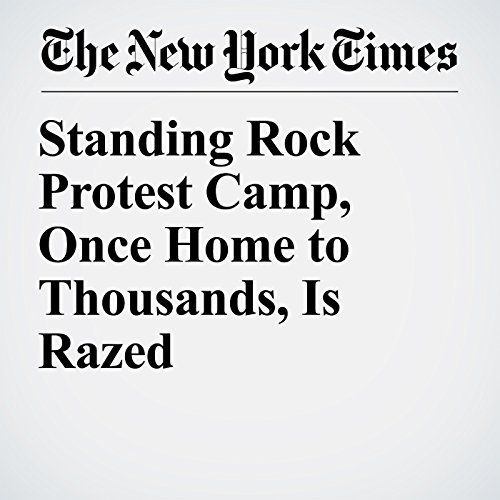 The final holdouts at the sprawling pipeline protest camp south of here were arrested Thursday, and the authorities began using heavy equipment to tear down the remaining structures and clear debris on the federally owned land where thousands had lived in recent months.

"Standing Rock Protest Camp, Once Home to Thousands, Is Razed" is from the February 23, 2017 U.S. section of The New York Times. It was written by Mitch Smith and narrated by Kristi Burns.