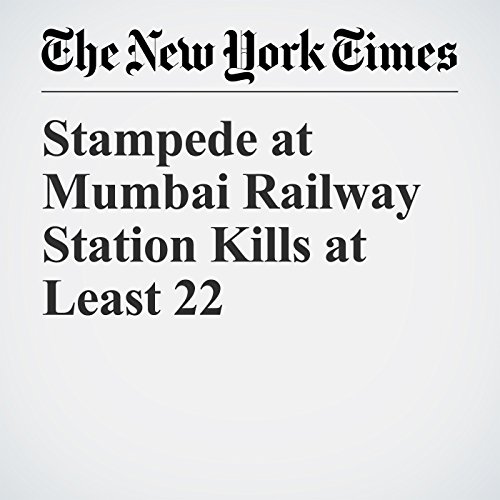 At least 22 people were killed and 36 others injured on Friday in Mumbai, India, when morning commuters were crushed in a stampede in a narrow railway station overpass.

"Stampede at Mumbai Railway Station Kills at Least 22" is from the September 29, 2017 World section of The New York Times. It was written by Hari Kumar and narrated by Barbara Benjamin-Creel.