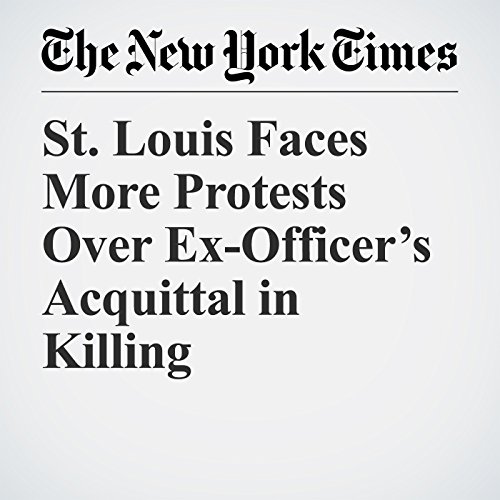 ST. LOUIS — On edge after a night of protests that led to dozens of arrests and a broken window at the mayor’s home, this city faced more demonstrations Saturday after the acquittal of a white former police officer who shot and killed a black driver.

"St. Louis Faces More Protests Over Ex-Officer’s Acquittal in Killing" is from the September 17, 2017 U.S. section of The New York Times. It was written by Tim O'neil and Vivian Wang and narrated by Kristi Burns.