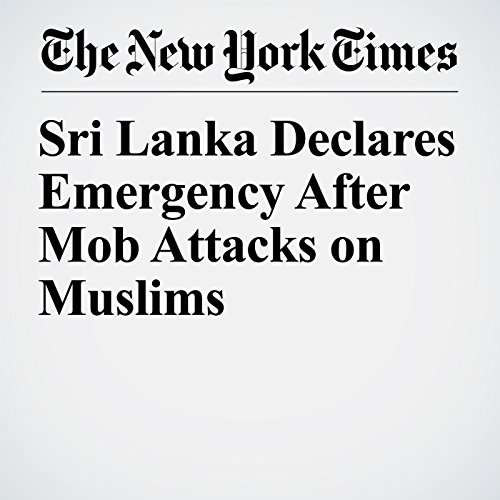 COLOMBO, Sri Lanka — Sri Lanka’s government imposed a nationwide state of emergency Tuesday after mob attacks against the minority Muslim population in a central district, violence that has highlighted the country’s fragility as it tries to recover from decades of civil war.

"Sri Lanka Declares Emergency After Mob Attacks on Muslims" is from the March 06, 2018 World section of The New York Times. It was written by Mujib Mashal, Dharisha Bastians and narrated by Kristi Burns.