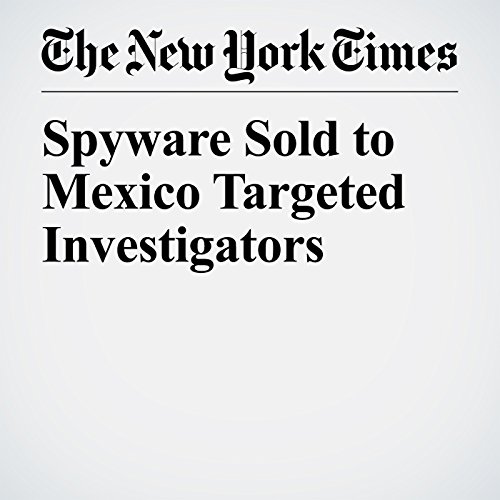 A team of international investigators brought to Mexico to unravel one of the nation’s gravest human rights atrocities was targeted with sophisticated surveillance technology sold to the Mexican government to spy on criminals and terrorists.

"Spyware Sold to Mexico Targeted Investigators" is from the July 09, 2017 World section of The New York Times. It was written by Azam Ahmed and narrated by Keith Sellon-Wright.