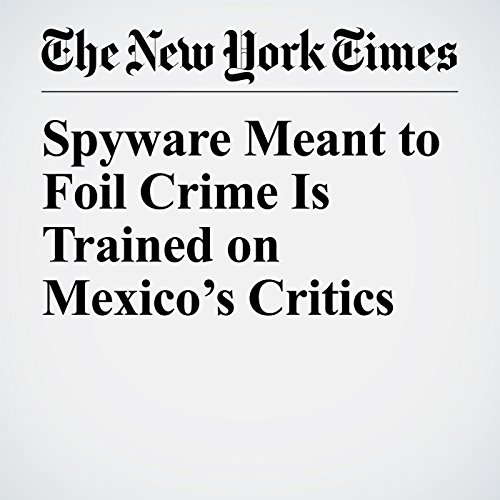 Mexico’s most prominent human rights lawyers, journalists and anti-corruption activists have been targeted by advanced spyware sold to the Mexican government on the condition that it be used only to investigate criminals and terrorists.

"Spyware Meant to Foil Crime Is Trained on Mexico’s Critics" is from the June 18, 2017 World section of The New York Times. It was written by Azam Ahmed and Nicole Perlroth and narrated by Kristi Burns.