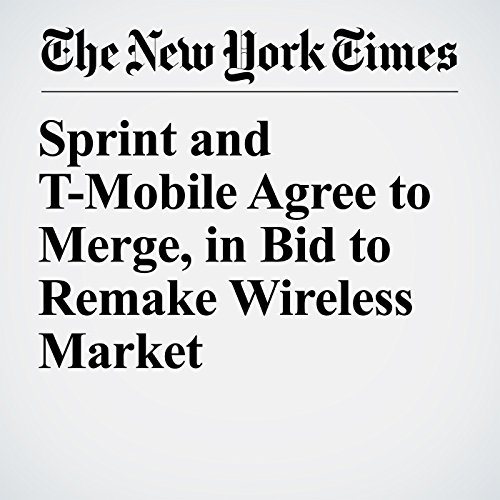 Sprint and T-Mobile announced Sunday that they had reached a deal to merge, moving to create a new telecommunications giant — and betting that regulators would finally allow the U.S. wireless service market to shrink to just three national players.

"Sprint and T-Mobile Agree to Merge, in Bid to Remake Wireless Market" is from the April 29, 2018 Business section of The New York Times. It was written by Michael J. De La Merced and Cecilia Kang and narrated by Keith Sellon-Wright.