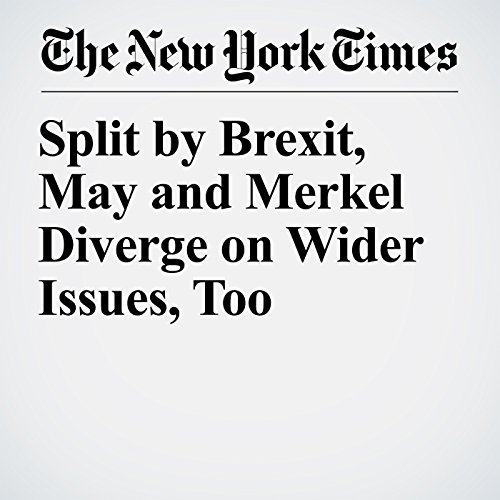 At a time when President Donald Trump is lashing out at friend and foe, and when the macho politics of strongmen is resurgent from Moscow to Manila, when not just the European Union but high-minded Western values, free trade and security alliances are under attack, the two women might have worked together to defend the liberal global order.

"Split by Brexit, May and Merkel Diverge on Wider Issues, Too" is from the February 05, 2017 World section of The New York Times. It was written by Katrin Bennhold and Alison Smale and narrated by Caroline Miller.

Cosa pensano gli ascoltatori di Split by Brexit, May and Merkel Diverge on Wider Issues, Too