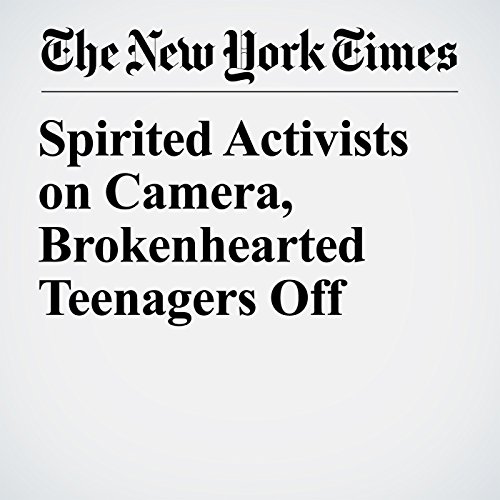 PARKLAND, Fla. — After a gunman turned their high school into a sprawling crime scene last week, three freshman friends leapt into the student movement for tougher gun laws. They rode a bus to the state Capitol and chased down lawmakers. They vowed to march on Washington. They shouted and waved signs saying “Protect Kids” and “Stop Killing the Future.”

"Spirited Activists on Camera, Brokenhearted Teenagers Off" is from the February 24, 2018 U.S. section of The New York Times. It was written by Jack Healy and narrated by Fleet Cooper.