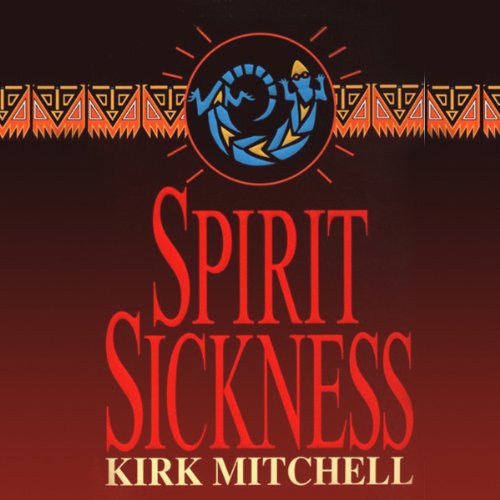 A fire-gutted police cruiser found in a remote part of the Navajo reservation bears witness to a horrific crime. Inside are the bodies of a tribal patrolman and his wife. As BIA Investigator Emmett Parker and FBI Special Agent Anna Turnipseed know, a cop's murder is never simple, raising countless questions and suspicions. When another murder is discovered, the case explodes into an otherworldly realm.

Both Parker, a Comanche, and Turnipseed, a Modoc, are well acquainted with the eerie shadow land between native myth and modern homicide investigation. Now they will have to touch minds with a murderer who has woven personal madness with Navajo myth to create his own reality - and with it the need to kill and kill again.

An excellent entry in the series

Kirk Mitchell is a good alternative to Tony Hillerman and the fictional detective duo of Emmett Parker and Anna Turnipseed make for a nice combination of police procedural, murder mystery with a bit of native American lore.

Veteren Audible narrator Stefan Rudnicki also did a good job on the book.

Good but not Hillerman

Good suspense and well developed characters. And, a lot of surprises in the plot. Pretty graphic though, a route not taken by Tony Hillerman. I hope Audible supplies us with future episodes. Its a solid four stars.

Well written. The pace was quite good. The narrators deep voice and slow speach took some getting used to. The whole storyline reminded me of a fantasy novel. I haven't checked how factual the setting is. The book placed me in a different world. If this world exists as written then it is even more fascinating. I really liked this book

It’s fairly obvious that Tony Hillerman‘s success with this particular genre has inspired the author. The writing is pretty good except for an occasional misused word - apparently there are no editors anymore and dictionaries are a thing of the past - and the plotting is tight and makes sense, generally speaking. The story is more violent and less spiritual than Hillerman fans might expect, but compelling nevertheless.

I’ve always been interested in Indian culture so although this didn’t measure up to the first I stuck with it. Like the characters and learn a bit more with each story so shall probably try another in a while.

Not Hillerman but still good

No this Kirk is not Tony Hillerman but still a darn good author in his own right. Good characters, wonder story line.

The Emmett and Anna series is so good. I am surprised that this hasn’t been turned into a series and I would love to see what happens and see more books in the series come out.
The characters are so rich and the plots are so well written.

Really enjoy this and ended up listening to the rest of the series, unique, engaging, and overall fun

It started out okay then the language became terrible. Would not recommend! Very disappointed. I listened to over half of it and that was enough.

Narrator really brings them to life. Turnipseed and Parker are fast becoming favorites. Can't wait to start the next book in the series.