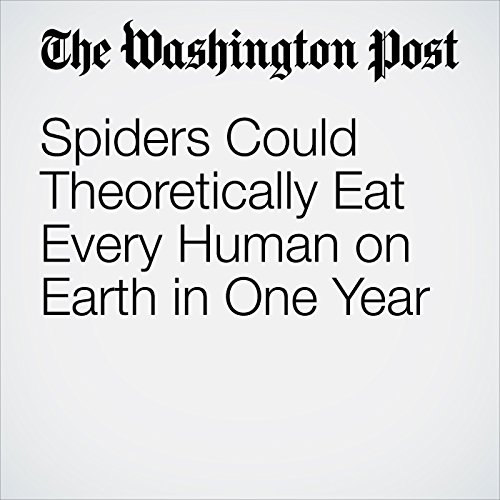 The world's spiders consume somewhere between 400 million and 800 million tons of prey in any given year.

"Spiders Could Theoretically Eat Every Human on Earth in One Year" is from the March 28, 2017 Health & Science section of The Washington Post. It was written by Christopher Ingraham and narrated by Sam Scholl.