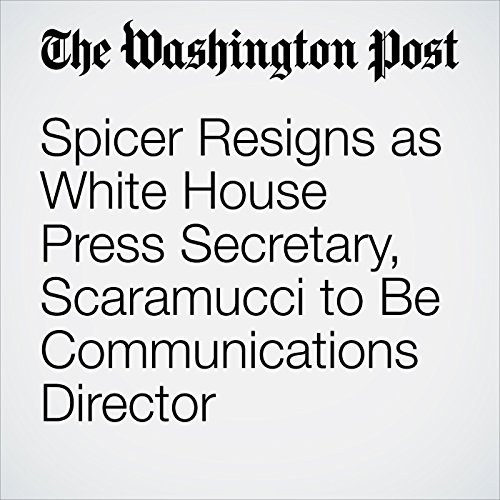 "Spicer Resigns as White House Press Secretary, Scaramucci to Be Communications Director" is from the July 21, 2017 Politics section of The Washington Post. It was written by Abby Phillip, Ashley Parker and Damian Paletta  and narrated by Caroline Miller.