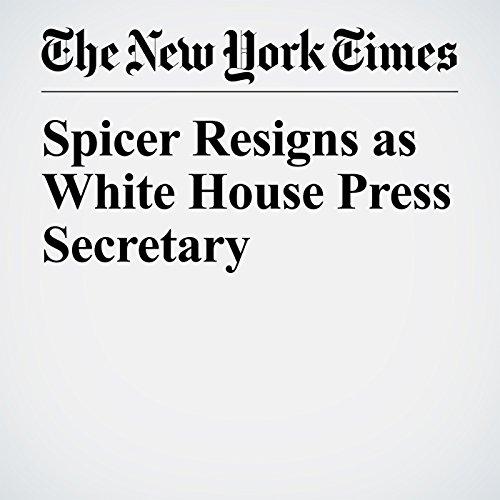 "Spicer Resigns as White House Press Secretary" is from the July 21, 2017 U.S. section of The New York Times. It was written by Glenn Thrush and narrated by Mike DelGaudio.