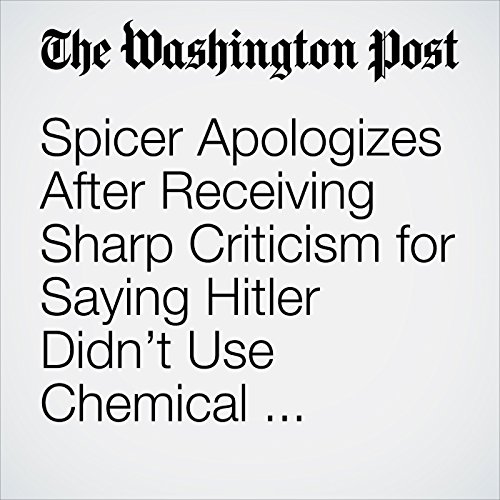 In criticizing Syrian President Bashar al-Assad’s alleged use of chemical weapons during a Tuesday briefing, Spicer said that even Adolf Hitler did not sink to that level of warfare and “was not using the gas on his own people in the same way that Assad is doing,” despite Hitler’s use of gas chambers to kill millions of Jews and others.

"Spicer Apologizes After Receiving Sharp Criticism for Saying Hitler Didn’t Use Chemical Weapons" is from the April 11, 2017 Politics section of The Washington Post. It was written by Jenna Johnson and Ashley Parker and narrated by Jenny Hoops.