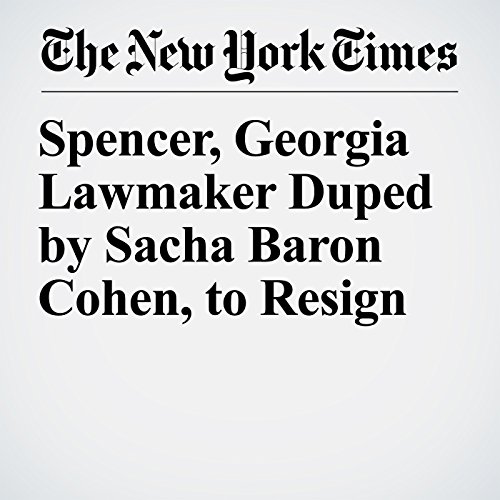 Jason Spencer, the Georgia Republican lawmaker who was fooled into repeatedly yelling a racial epithet on the comedian Sacha Baron Cohen’s television series, intends to resign effective Tuesday. The decision was announced early Wednesday in an email from the office of David Ralston, the Georgia House speaker.

"Spencer, Georgia Lawmaker Duped by Sacha Baron Cohen, to Resign" is from the July 25, 2018 U.S. section of The New York Times. It was written by Sopan Deb and Alan Blinder and narrated by Keith Sellon-Wright.