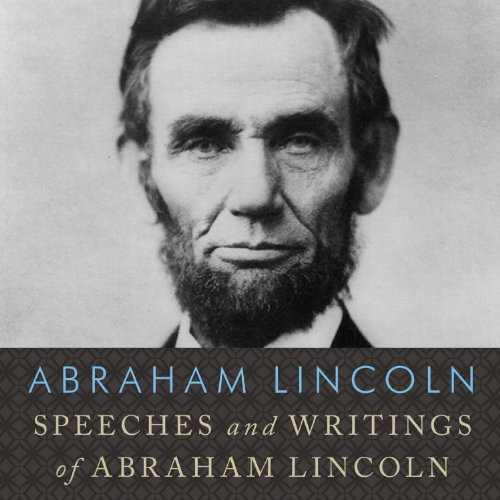 Abraham Lincoln was undeniably one of the most influential politicians in American history. In this collection of letters, speeches, and other writings by Lincoln, listeners can gain a uniquely intimate perspective on the 16th president of the United States. From personal letters to friends and family to Lincoln's speeches as an Illinois state legislator and a United States Representative, from his first inaugural address to the Emancipation Proclamation and the famous Gettysburg Address, Lincoln addresses such important political issues as slavery and states' rights, and relates his personal views on marriage and depression.

Also included are Lincoln's eulogy for Henry Clay, a letter of condolence for one of the Civil War's first casualties, the second inaugural address, Lincoln's last public address, his last written words, and many more. A vital glimpse into the mind of one of America's greatest statesmen, this is a must-listen for anyone interested in Lincoln's life and legacy.

Would you try another book from Abraham Lincoln and/or Alan Sklar?

Includes One Document Not Authenticated

One document included in this collection, the speech to the Republican Party at Bloomington, IL, in 1856 has been determined by most scholars to be largely inaccurate as a transcript of Lincoln's actual speech there. Otherwise, this is a good collection.

If you love Lincoln , you'll love this audio. Like everything he wrote and spoke, the narration is excellent! -- Larry L. Booker