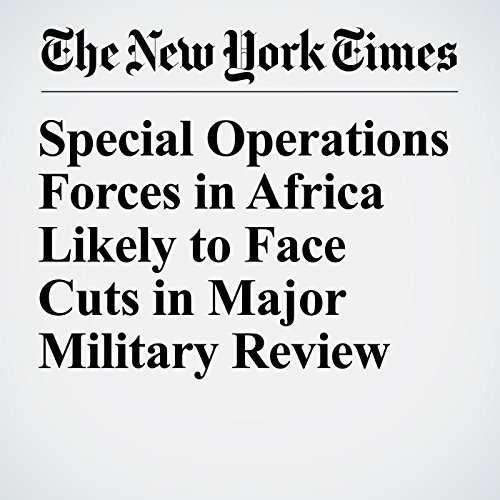 U.S. Special Operations forces are likely to be sharply cut in Africa as a result of a new Pentagon strategy that focuses on combating rising threats from Russia and China and, in turn, is driving a sweeping review of the nation’s elite commando missions.

"Special Operations Forces in Africa Likely to Face Cuts in Major Military Review" is from the June 04, 2018 U.S. section of The New York Times. It was written by Thomas Gibbons Neff and Eric Schmitt and narrated by Kristi Burns.