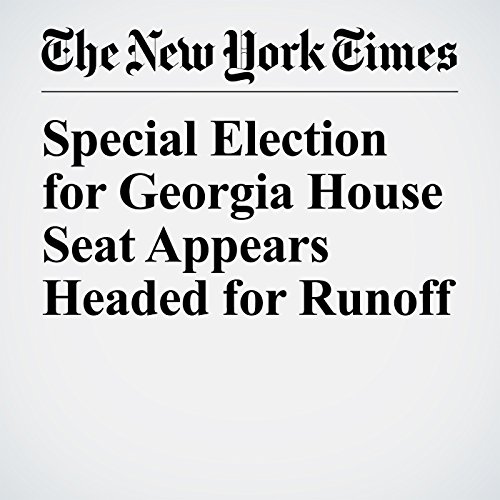 Jon Ossoff, a Democrat making his first bid for elective office, narrowly missed winning a heavily conservative House district in Georgia outright on Wednesday, according to The Associated Press. It threw a scare into Republicans in a special congressional election that was seen as an early referendum on President Donald Trump. Ossoff fell just short of the 50 percent threshold needed to win the seat, at 48.3 percent as of 1:26 a.m., and he will face Karen Handel, the top Republican vote-getter, in a June runoff.

"Special Election for Georgia House Seat Appears Headed for Runoff" is from the April 19, 2017 U.S. section of The New York Times. It was written by Jonathan Martin and Richard Fausset and narrated by Kristi Burns.