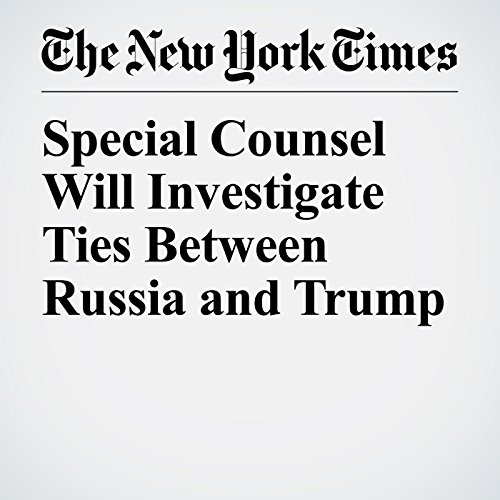 The Justice Department appointed Robert S. Mueller III, a former FBI director, as special counsel on Wednesday to oversee the investigation into ties between President Donald Trump’s campaign and Russian officials, dramatically raising the legal and political stakes in an affair that has threatened to engulf Trump’s 4-month-old presidency.

"Special Counsel Will Investigate Ties Between Russia and Trump" is from the May 17, 2017 U.S. section of The New York Times. It was written by Rebecca R. Ruiz and Mark Landler and narrated by Keith Sellon-Wright.