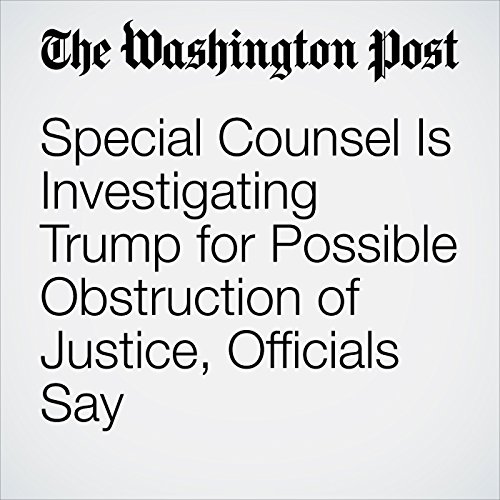 The special counsel overseeing the investigation into Russia’s role in the 2016 election is interviewing senior intelligence officials as part of a widening probe that now includes an examination of whether President Trump attempted to obstruct justice, officials said.

"Special Counsel Is Investigating Trump for Possible Obstruction of Justice, Officials Say" is from the June 14, 2017 National Security section of The Washington Post. It was written by Devlin Barrett, Adam Entous, Ellen Nakashima and Sari Horwitz and narrated by Sam Scholl.