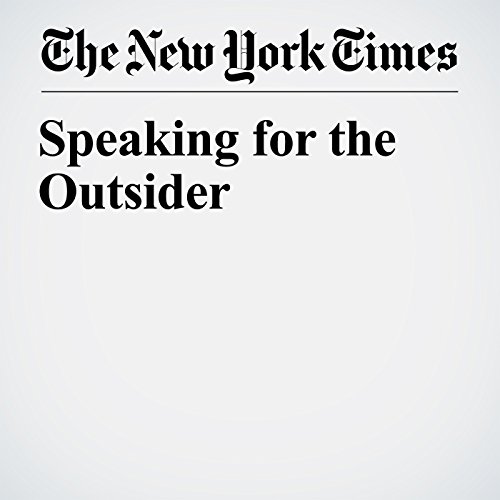 In his first, rocky week as President Donald Trump’s press secretary, Sean M. Spicer was scolded by his boss, pilloried as a liar, hammered by journalists, mocked by Stephen Colbert, taunted by the freeze-dried ice cream brand Dippin’ Dots and held up as the poster child for an administration that can play fast and loose with the facts.

"Speaking for the Outsider" is from the January 29, 2017 U.S. section of The New York Times. It was written by Michael M. Grynbaum and narrated by Kristi Burns.