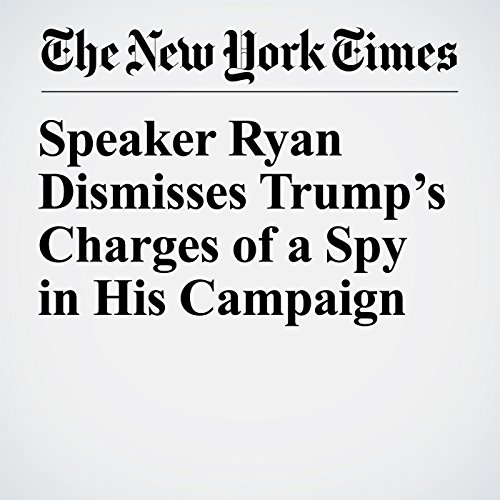 House Speaker Paul D. Ryan agreed Wednesday that the FBI did nothing wrong by using a confidential informant to contact members of the Trump campaign as it investigated its ties to Russia, contradicting President Donald Trump’s assertions of a broad conspiracy by federal law enforcement.

"Speaker Ryan Dismisses Trump’s Charges of a Spy in His Campaign" is from the June 06, 2018 U.S. section of The New York Times. It was written by Nicholas Fandos and narrated by Keith Sellon-Wright.