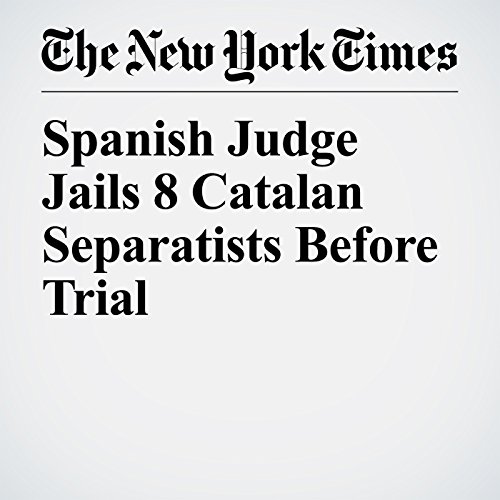 Less than a week after Catalonia declared independence, a Spanish judge Thursday ordered prison without bail for eight former members of the regional government pending trial on charges of rebellion.

"Spanish Judge Jails 8 Catalan Separatists Before Trial" is from the November 03, 2017 World section of The New York Times. It was written by Raphael Minder and narrated by Mike DelGaudio.