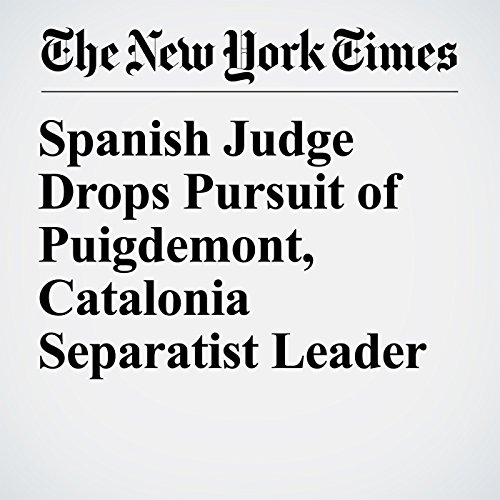 A Spanish judge on Thursday withdrew a European arrest warrant against Carles Puigdemont, the former leader of Catalonia, a week after a German court ruled he could only be extradited for fraud, rather than the more serious charge of rebellion sought by Spain.

"Spanish Judge Drops Pursuit of Puigdemont, Catalonia Separatist Leader" is from the July 19, 2018 World section of The New York Times. It was written by Raphael Minder and narrated by Kristi Burns.