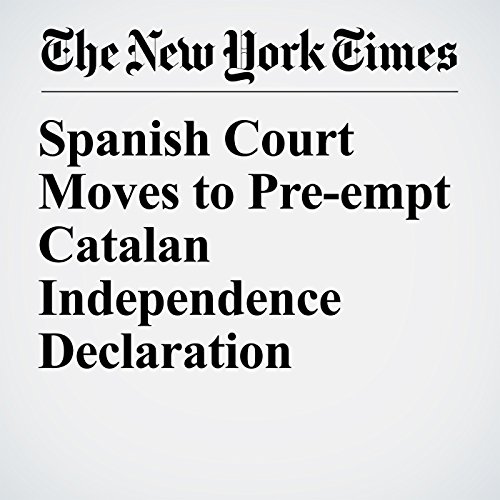 Spain’s constitutional court on Thursday suspended a session of the Catalan regional parliament scheduled for next week in which lawmakers were expected to approve a unilateral declaration of independence.

"Spanish Court Moves to Pre-empt Catalan Independence Declaration" is from the October 05, 2017 World section of The New York Times. It was written by Raphael Minder and narrated by Fleet Cooper.