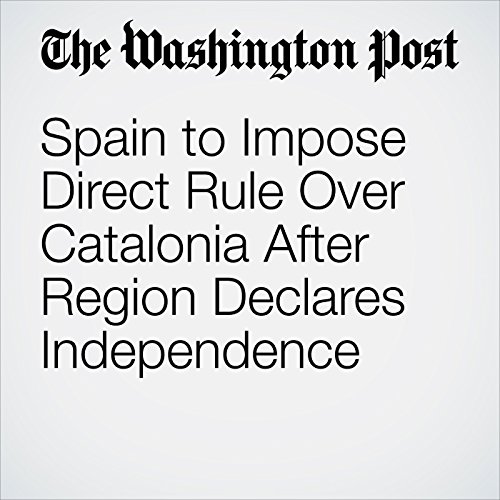 The Spanish Senate gave the central government in Madrid unprecedented powers over Catalonia on Friday, just minutes after the breakaway region declared independence, sharply escalating a constitutional crisis in the center of western Europe.

"Spain to Impose Direct Rule Over Catalonia After Region Declares Independence" is from the October 27, 2017 World section of The Washington Post. It was written by William Booth and Pamela Rolfe and narrated by Jenny Hoops.