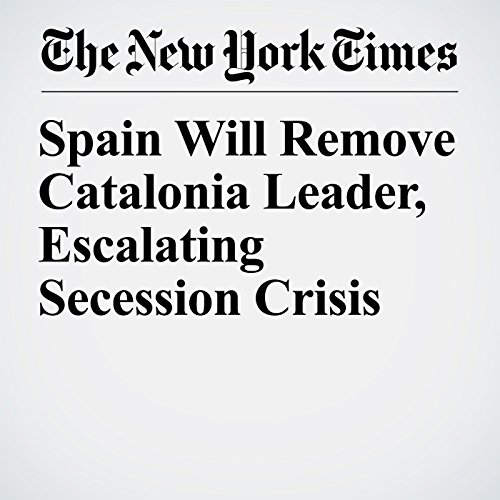 The escalating confrontation over Catalonia’s independence drive took its most serious turn Saturday as Prime Minister Mariano Rajoy of Spain announced he would remove the leadership of the restive region and initiate a process of direct rule by the central government in Madrid.

"Spain Will Remove Catalonia Leader, Escalating Secession Crisis" is from the October 21, 2017 World section of The New York Times. It was written by Raphael Minder and narrated by Keith Sellon-Wright.