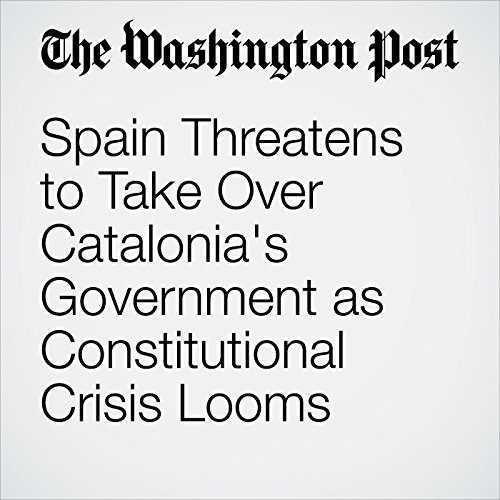 Spain’s central government announced Thursday it would quickly move to take control of Catalonia and restore “constitutional order” after the autonomous region’s president refused to back away from a push for independence.

"Spain Threatens to Take Over Catalonia's Government as Constitutional Crisis Looms" is from the October 19, 2017 World section of The Washington Post. It was written by William Booth and narrated by Sam Scholl.