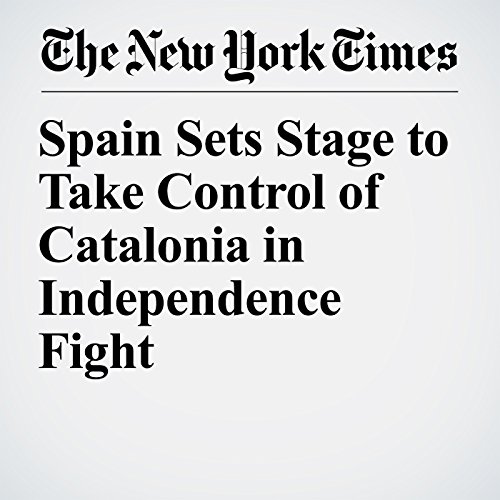 The standoff over Catalonia intensified significantly Thursday as the Spanish government said it would take emergency measures to halt a secessionist drive after the leader of the restive region said that separatist lawmakers might declare independence.

"Spain Sets Stage to Take Control of Catalonia in Independence Fight" is from the October 19, 2017 World section of The New York Times. It was written by Raphael Minder and narrated by Kristi Burns.