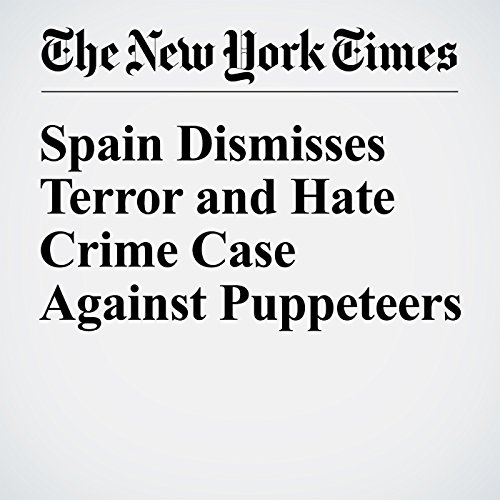 A Spanish judge has dismissed a case against two puppeteers almost a year after they were detained for staging a show that was deemed to glorify terrorism and promote hatred.

"Spain Dismisses Terror and Hate Crime Case Against Puppeteers" is from the January 11, 2017 World section of The New York Times. It was written by Raphael Minder and narrated by Keith Sellon-Wright.