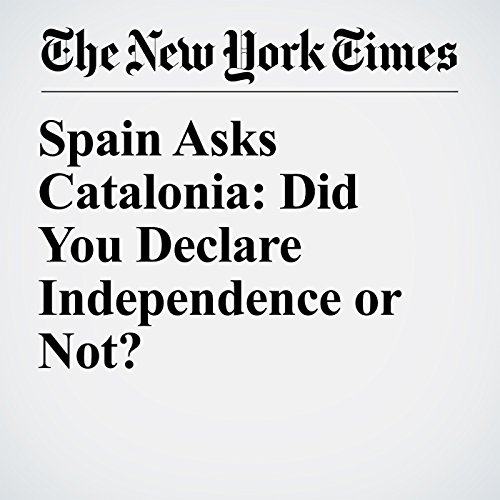 Prime Minister Mariano Rajoy took a tentative step on Wednesday toward seizing administrative control of Catalonia, but he asked the region’s leader to first clarify whether he had actually declared independence from the rest of Spain following an unusual series of events the night before.

"Spain Asks Catalonia: Did You Declare Independence or Not?" is from the October 11, 2017 World section of The New York Times. It was written by Raphael Minder and narrated by Kristi Burns.